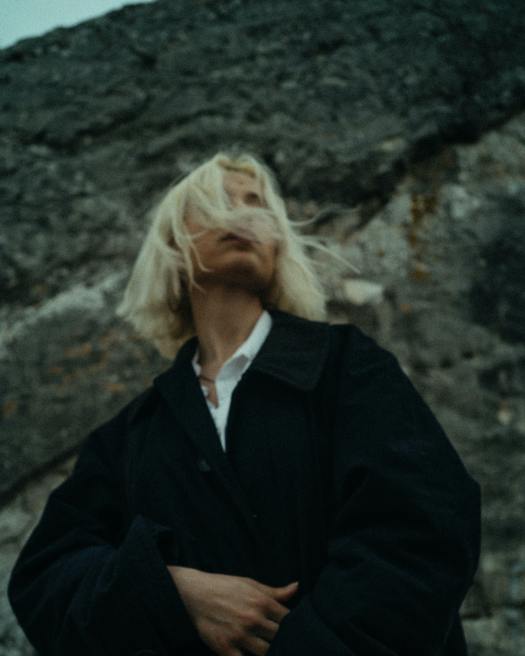 Breathing is harder than it should be.

I have to remind myself to do it.

I watch the sunset. A giant white glowing orb sinking into the veins of the dead winter trees. They aren’t in fact dead, of course, but their gnarled bare branches, snaked shadow fingers creeping toward the gray sky could fool you.

Graveyards. Concrete. Insurrection. The year that won’t seem to end hasn’t really ended, I still feel it lumped in my throat. Pricking at the back of my eyes inside my skull.

There are seasons but this one is more stubborn than the rest.

And we choke on the things we try to run from. And the sky blooms darker than it ever dared before. As we shuffle our feet and ignore the signs.

I remember to breathe but only because someone on Twitter reminds me to by accident. I shut off my phone and light up a cigarette in the quiet, watching the twilight evening descend. I haven’t been able to write a goddamn thing since I don’t know when.

Time exists on some alternate continuum which has little care for we human beings and the monsters we let grow out of control.

I don’t know how anyone does it. Keep the faith. I think about the ones who died believing in something which killed them.

I think about how he does not mourn, not anything. And the endless possibilities that leaves him in the end.

My love brings me wine and a kiss as everything we do not say falls around us like a kind of grief we aren’t sure how to hold because we don’t know if we are at the end or the beginning of the pain.

Taking a drink, I count the first few glimmering stars and swallow the fear and think about all the people out there who seem to be dealing with this so much better than I am.

For all the hype and optics and posing, dry January sure picked a hell of a month.

And somewhere out there across this land, this earth, this hellish place which is so lost and so broken and so angry and so cold, the sun is coming up.

Somewhere, as my tears won’t come and my heart won’t stop, it’s morning.

19 Replies to “She Was an American Girl”