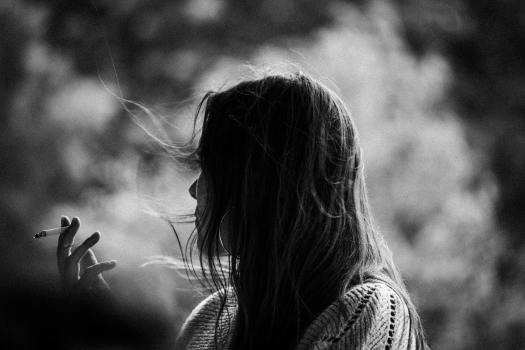 I live in a country where Kyle Rittenhouse gets out on two million dollars bail, praised, uplifted, …. and rumors of some bullshit deal with a coffee company? It’s so stupid I didn’t even bother looking into it.

He murdered two people in the street in plain sight.

He’s a kid. He’s old enough to know. By seventeen, you know a lot of things. You have learned what is right, what is wrong. What you have been encouraged, expected, even, to become.

A hero. A murderer. What are these words we use? On which we cannot agree? What is sickness? What is health? What is criminal? What is commercial?

I live in a country where we incarcerate for profit. Entire lives are thrown away for money. Depends, of course, on what you look like. Not what you did. That’s always, somehow, debatable.

This administration is dragging its buffoon clown feet on transitioning. What absolute fucking fools. What completely ignorant useless bastards.

People are dying. Starving. Jobless. Homeless. On the precipice of eviction just before the bitter cold of winter sets in hard, dark, and indifferent.

And the ones who could help, they turn their backs.

The rich and powerful head on home to their glossy marble fireplaces and turkey dinner super spreader events as the doctors and nurses cry alone in their hotel rooms, watching their babies through small screens.

There is wealth in this country. And there is bankruptcy. Humanity and inhumanity. Money, morality, hope, despair, agony, agony, agony.

My heart has been so heavy with grief and rage for so long. When all around things are bleak and mean and growing worse.

Yes, Biden. Yes, a vaccine. Yes, good people. Yes, yes, yes. I know. But those are hopeful cures for ills we are not even sure how to name yet. They may help, sure. But we are sicker underneath than we want to admit.

Is this what exceptional means? Because it’s a fucking joke right now. Right here. Here in the ‘greatest country on earth’ where half of us care with every fiber of our beings and the other half simply don’t care at all in the least.

It’s enough to make you sick. And quite honestly, I’m not interested in sugar coating anything. I want to acknowledge it. Finally.

For four years I have been “holding on.”

Well, now I’m letting go. Letting go of trying to pretend things are not as disgusting as they are. I’m exhausted. I’m tired. And I have so much privilege. And even still, I am spent.

I imagine what it’s like for those on the front lines of this pandemic. Risking their lives everyday so some assholes can recklessly spread a disease while claiming there is no disease.

Is this what we are now? We just completely disregard life itself? Kick in the teeth of the most genuinely good, selfless, and decent among us?

This is not an uplifting post, obviously. I didn’t plan to write it, just like I wrote a lot of things I didn’t plan on writing this year.

But I had to say all of it. I am sick to death of people not just saying it. All day long, the smiles, the idiocy, the holding it in and holding it back and not having the ability to see what’s right in front of our ignorant faces.

For months I have researched and read articles, journalists, posts, op-eds, books, commentary, listened to podcasts, interviews, IG lives, and all the rest. Trying to understand. Trying to pull apart the lies from the truth.

To pinpoint some kind of guiding star glittering above the rubble this nation has become.

I know it’s there.

There’s just so much dust and sadness in my eyes right now I cannot see.

Thanksgiving is this Thursday. A bit of a break from the daily stuff for a few days. I am thinking of taking a social media break, too. I can’t keep up, I can’t stomach any more of the last gasps of this wholly incompetent and deliberately sadistic administration.

Fuck every single one of the people who could have stood up and spoken truth to power to protect our democracy but didn’t. They do not give a single fuck and we should not compromise with a single one of them.

We are beyond the merits of a few individual actors. The GOP as a whole is a monstrous machine.

There is no compromise with bigotry. They can come over to our side if they want but the hell if we should move a single inch toward their nihilistic nonsense.

I see exactly what they’ve done.

17 Replies to “America, What the Fuck”