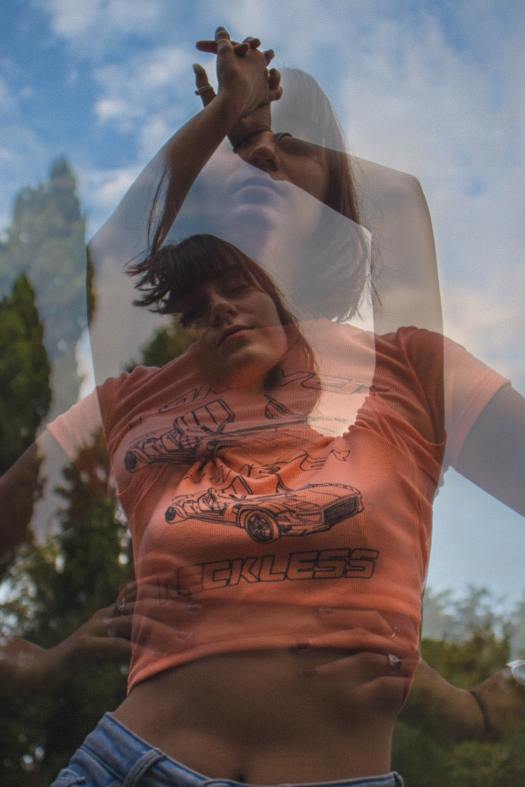 Having traveled endless circles around the sun only to return to the same exact place each and every time, I lie back upon the bed and feel the warm heat of the blankets underneath my tired bones. I wasn’t always so tired, but now the days seem to stack themselves in towers which compress my chest like so many cinder blocks until it is genuinely hard to breathe. Drifting off into the abyss as I fall deeper into the darkness, there are dreams of another time and another place, another life and another version of myself which is dying to exist but I get tripped up inside the irony of it all and in some ways haven’t changed a single bit in decades. The skin fades but the eyes still shine like ocean in sunlight; the heart palpitates, lungs ache,  but the ways in which we pleasure ourselves become increasingly hedonistic. In my childhood there was so much wide-eyed awkward potential, in my teens so much secrecy, wonder, and fear. The black cord necklace of his he fastened around my neck, my mouth grown thick with the taste of his heavy cologne. He lead me around and around for months like a new pet as I learned my body was a playground, my body a hot loaded gun. In my twenties, angst and freedom and danger and escape. All the power I claimed as my own back then without flinching terrifies me, takes my breath away now. In my thirties, perhaps something which could be described as desperation, devastation, destruction, but each one laced with sex and whiskey and hope. There is sweetness in numbness they just need you not to admit it. Numbness is like comfort but doesn’t feel nearly as close to the soul. Forty is no more excuses. I should own myself by now so what is it I’m searching for that is always just out of reach? There is a voice inside which is impossible to silence though it keeps telling me things I don’t want to hear about time and space, about regret and neglect, seduction and truth. The spine straightens, curves, arcs, at the thought of it. The stomach in the pit of my throat leaps at the sound of the grip of it. It is a kind of sick hunger wrapped around a deep moaning sigh. It is without name, it is without a face. But from time to time when I catch myself reminding the cells of my body to breathe, I think I can see the whites of its eyes reflecting themselves in mine.