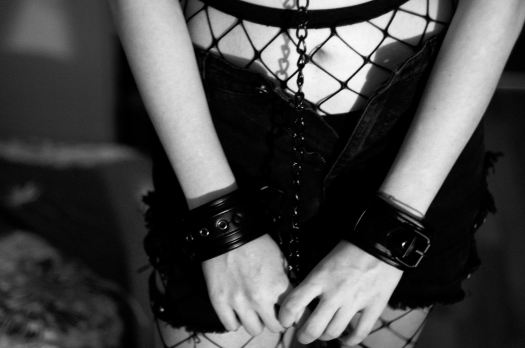 A small black bird sits alone on a wire high above the street which winds around the train station. There is the guy who is always wearing the same thing: jeans, tee shirt, heavy boots, green army jacket, too big in the shoulders and too long for his thin frame. His back is slightly curved so he hunches over just a bit, making him look much older than I imagine he actually is. As he shuffles across the train tracks, he drinks a cup of coffee from the Dunkin’ Donuts up on the highway and I get the impression this is not just a daily procession or a special ritual, but this is his entire life. Right here in this over sized old jacket walking slow along this side street by the train station into the misty morning fog, he walks, always in the same direction. Or maybe it’s just me making up stories about people I know exactly nothing about, just because I can see them, and I can’t help but wonder. What do they do? Where do they live? What are they worried about? What keeps them hanging on? Across town, there is a girl in an apartment building watering a plant which sits on a stand by the window. She’s going through some heavy shit, what with being a newly single mom, and the cancer they found in her mother’s breast. She tries to be a good girl even though she’s a grown up woman, tries to be a good daughter and a good mother and a good friend. She stays positive in front of everyone else though at night she closes the door and cries, but not tears because that would be the end of her. No tears fall because if they fall she falls apart never to get back up. Instead she cries bottles and bottles and she cries cigarettes on the back stairs under the gruesome yellow motion-sensor porch light the landlord installed for safety. Nothing feels safe now. But crumbling is not an option so she goes a little numb and she chews on the trembling fingers of anxiety and she keeps her sadness to herself. And everyone seems to think she’s a really good girl even though what she really wants to be is bad. Because bad is a choice you have to make, and a lot of times, good just feels the same as fear. In a stale high school classroom, a bunch of fidgety teenagers sit in their desks and listen to a lecture about the history of their country which has been re-written to make things seem less bleak and more noble, as the hands of the clock click slowly toward the rest of their lives. It’s strange the way time passes differently for all of us. We keep track of it as though it were the same, but it isn’t. For some it’s speeding by faster than they know. And the bird on the wire does not sing. He just flicks his pointy wings, once, twice. Tilts his tiny tick tock head. And watches.