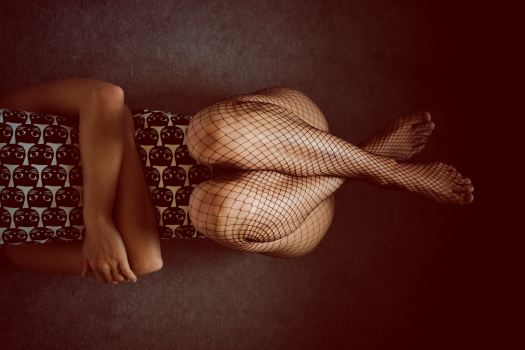 People want to talk about themselves and they will if you let them and mostly I do because so few of them listen anyway. To tell stories about myself, what would be the point? We are selfish and we are empty shells, kicking the can down the road in the quiet evening light. Pulling the cork out of a freshly chilled bottle of Sauvignon Blanc (New Zealand, always New Zealand) I pour myself a proper glass as I’m reading Patti Smith’s enchanting The Coral Sea. I am struck by how much her work resembles the lucid dreamlike state in Anaïs Nin’s House of Incest. Nin writes with fascinating precision about the strangest of encounters with dismembered bodies, fish swimming through air, faceless figures in maze-like buildings set back within thick tangles of ivy covered walls. If ever a mind could turn me on and trip me out it was hers. Meanwhile, Smith’s book is a lengthy poem written to honor the tragic early death, and brilliant artistic life, of Robert Mapplethorpe, her lifelong beloved friend and partner in crime when it came to barely living on scraps of acid and nothing and chasing one’s own creative vision, one’s own style of expressing love, passion, erotica, power, creation. Not technically an artist myself, I’m often taken in with artist types, the way they see things of remarkable obscurity, the way they speak about them using everything but words, how they encapsulate a concept, distill it, reinvent it, reveal its sensuality, weakness, vulnerability. In all things there exists a beg, a want, a need, and it takes a certain sort of twisted sense to be able to pluck that wantonness free and expose it for all to witness. There is a savageness, a cruelty, a beauty. I once knew an artist who would make huge canvases covered in erratic lines of thick charcoal, and thin pencil, in broad block like formations. He would create some massive, expansive piece inside his bare bones studio, share it with me, and I would express for him in poetic language exactly how it made me feel, what I sensed within it. What I saw always affected me more deeply the longer I observed it. I can remember being completely entranced by the movement I sensed within his art which also seemed to move within me. Sometimes the lines and forms would be spare upon the large white space, sometimes there would appear an imbalance, a heaviness of dark black charcoal smeared together as if a storm, a passion, a wickedness. Some were raw. Some reminded me of ruins. Like the way an ancient building crumbles away from itself in a most haunting display of romantic destruction. With the viewing of the work came the crumbling down of my own walls within, I could feel my blood running in my veins, my breath deserting me. He could take down my defenses, he could take down my fear even as he reflected it back to me in large scale installations, with these strokes he’d slash from ceiling to floor in a warehouse somewhere hidden in a far off wood. I cannot remember the words I would use to tell him about my feelings because they fell from my memory the moment I laid them bare, but in my mind I can still remember image after stunning image of those lines crisscrossing, jutting in and out of one another’s formations, and being awestruck that a human mind could make these so, could manipulate, make them exist in a way which affected me on a cellular level. On a level I was certain only the artist and I could understand. He would tell me the words I used were eerily familiar, as though he had the feelings I would describe but never the words. This is how one makes love when one is held captive by another. Another work of hardness and severity. Another work of brilliance mangled within chaos. Another who is unafraid of the darkness, the mysterious heaven of willing exposure to pleasure and pain. What is madness, what is art, what is love, but the seeing of things that no one else sees.